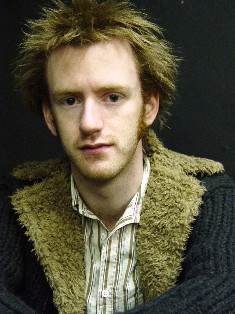 Christopher William Rankin (born 8 November 1983) is an actor who now resides in the UK. He is known for playing Percy Weasley in the Harry Potter films. Rankin was born in New Zealand. He lived in Rothesay Bay, New Zealand until he was six. He attended Kristin School in Albany. Then he and his parents moved to Norfolk, UK, where he still lives. It is here where he found his love for acting at the age of eleven. He attended Shipdham Primary School, Northgate High School (Dereham), and Dereham Sixth Form College. At Northgate high school he appeared in school plays of Bugsy Malone and The Lion, The Witch and The Wardrobe. His dreams came true when he won the role of Percy Weasley. He has been acting professionally since September 2000 and has a substantial list of credits in Film, TV and Theatre. In the Harry Potter series, he is a brother of Harry Potter's best friend, Ron Weasley.

He also plays Percy in the movie, but his character was cut in Goblet of Fire and Half-Blood Prince. It is confirmed that he will return in Deathly Hallows.

Retrieved from "https://hpseries.fandom.com/wiki/Chris_Rankin?oldid=4120"
Community content is available under CC-BY-SA unless otherwise noted.