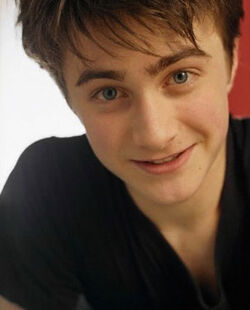 Daniel Jacob Radcliffe (born 23 July 1989) is an English actor, best known for playing Harry Potter in the feature films and series based on the popular book series. Radcliffe has also made appearances in stage productions and a number of TV shows and films, including the ITV film My Boy Jack and the stage show Equus, for which he is nominated for a Drama Desk Award. He is worth roughly £20 million, mainly earned from the Harry Potter franchise.

While working on the films, he also played Harry Potter in every season of the Harry Potter series (2001-2007).

Retrieved from "https://hpseries.fandom.com/wiki/Daniel_Radcliffe?oldid=4109"
Community content is available under CC-BY-SA unless otherwise noted.