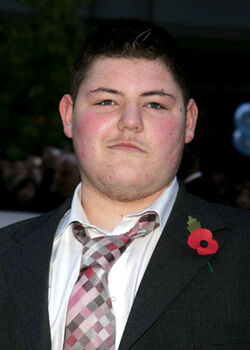 Jamie Waylett (born 21 July 1989) is an English actor known for his portrayal of Vincent Crabbe, the right-hand man to Draco Malfoy in all five of the Harry Potter films. He has yet to appear in any other production.

On April 7th 2009, Waylett was found in possession of cannabis. Police stopped him and a friend in the car they were in and found 8 bags of the substance.

Retrieved from "https://hpseries.fandom.com/wiki/Jamie_Waylett?oldid=4145"
Community content is available under CC-BY-SA unless otherwise noted.